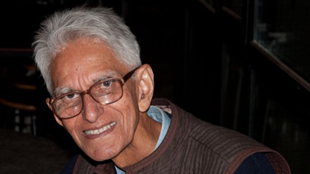 Acclaimed Indian scientist Obaid Siddiqi died on Friday (July 26) at age 81 from injuries suffered when he was struck by a moped 2 days prior. Siddiqi, still actively engaged in research at the National Centre for Biological Sciences in Bangalore at the time of the accident, is credited with several pioneering achievements in the fields of genetics and molecular biology, including the discovery of stop codons in the genetic code and the mechanism of chain termination in polypeptide synthesis.

Upon founding the Molecular Biology Unit at the Tata Institute of Fundamental Research, Mumbai, in 1962—considered a seminal moment for the field of biology in India—Siddiqi successfully recruited to the institute many prominent scientists of Indian origin who had studied in the United States. In the 1970s, his work with Seymour Benzer at Caltech to discover temperature-sensitive paralytic...

“Siddiqi was among that crop of scientists who helped lay the foundation of our country’s scientific research effort,” said Indian Prime Minister Manmohan Singh in a statement. “Siddiqi will be missed deeply by his friends and colleagues as a great researcher, educationist and a very warm human being.”