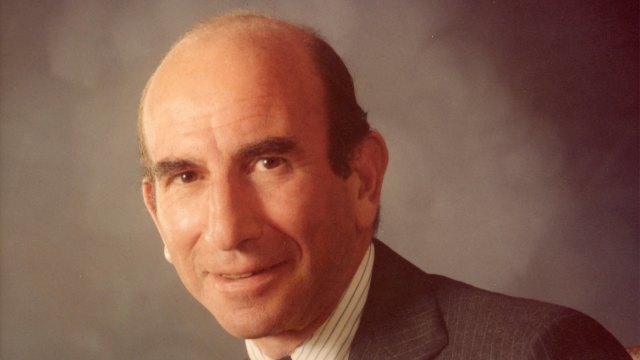 UCSFMelvin Grumbach, a researcher credited with pioneering the field of pediatric endocrinology, passed away on October 4. He was 90 years old.

Grumbach, who spent most of his career at the University of California, San Francisco, identified human hormones important for growth and puberty and also described the underlying causes of many endocrine disorders, including aromatase deficiency.

“No single individual trained as many leaders or had a broader impact on pediatric endocrinology,” wrote Walter Miller, Grumbach’s colleague at UCSF, in a memorial published in Endocrinology this month. “One cannot write the history of endocrinology or of UCSF without writing of Mel.”

Grumbach trained as a physician at Columbia University and later established the school’s first pediatric endocrine department in 1955. In 1966, he moved to UCSF, along with his longtime collaborator Selna Kaplan. “They developed a robust population of patients with all manner of endocrine disorders and investigated the...

Grumbach’s work also contributed to the development of synthetic growth hormone. But, according to an obituary by UCSF, he advocated against using in the “medicalization” of short stature.

Grumbach advocated for patients born with ambiguous genitalia to have a choice in determining their own genders. “Dr. Grumbach’s views evolved over the years, and he became an influential voice calling on parents and their doctors to allow children with ambiguous genitals to grow up and determine their own gender identity before considering surgery,” according to the San Francisco Chronicle.

Over the years, Grumbach held numerous leadership positions at UCSF and beyond, serving as president of The Endocrine Society and the American Academy of Pediatrics.

Grumbach is survived by three sons, five grandchildren, and a brother.