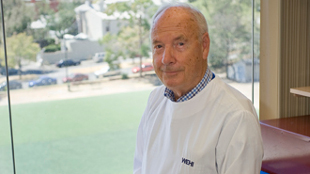 WEHIDonald Metcalf, whose studies of blood cell formation led to improved outcomes for cancer patients, died this week (December 15) at the age of 85. He was diagnosed with metastatic pancreatic cancer in August.

Metcalf earned a medical degree at the University of Sydney in 1953, and spent 60 years as an investigator at the Walter and Eliza Hall Institute of Medical Research (WEHI) in Melbourne, where he characterized colony stimulating factors (CSFs), which regulate the production of white blood cells. His work on CSFs led to the widespread clinical use of these growth factors to restore immune function in cancer patients undergoing chemotherapy.

“CSFs are now standard treatment and every year the number of people alive because of Don’s work grows,” wrote WEHI Director Douglas Hilton in a tribute to Metcalf. “There can be no greater legacy for a medical researcher.”

“When he was diagnosed with cancer in...

Metcalf’s research has also impacted the fields of blood stem cell transplantation and rheumatoid arthritis treatment. He received several awards during his career, including the Albert Lasker Clinical Medical Research Award in 1993.

He is survived by his wife, four daughters, and six grandchildren.