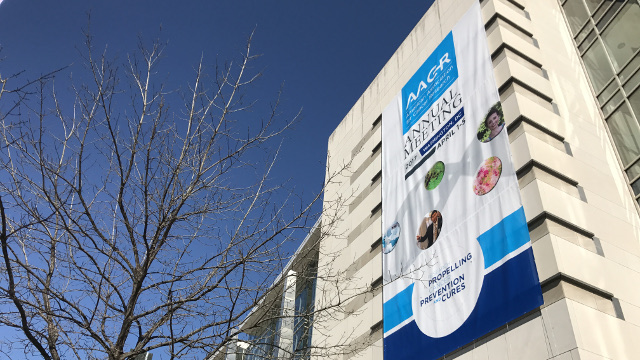 JEF AKSTObesity is the leading preventable cause of cancer in the U.S. Extra body fat not only increases one’s risk of developing cancer, it is also associated with poorer prognosis. In November 2014, researchers published a paper in The Lancet estimating that a half-million new cancer diagnoses each year are related to patients’ weights, and some 10 percent to 15 percent of cancer deaths are attributed to obesity, noted Mikhail Kolonin of the University of Texas Health Science Center at Houston, during a session yesterday (April 2) at the annual meeting for the American Association for Cancer Research (AACR) in Washington, DC.

For many years, these phenomena were “considered effects of diet or lifestyle, but as we’ve learned more about the process, it’s become clear that the fat tissue itself is very important,” Kolonin said. His group has found, for example, that stromal cells from the adipose tissue...

Details of how body fat can influence cancer biology remain murky, but a key link is inflammation. Andrew Dannenberg of Weill Cornell Medicine in New York City and colleagues found that presence of crown-like structures (CLSs)—which form as macrophages surround dead or dying adipocyte in the fat tissue, resulting in increased cytokine production and increased lipolysis—was higher in the breasts of overweight and obese young women than in their healthy-weight counterparts, as well as evidence that such white adipose tissue (WAT) inflammation linked metabolic syndrome with worse prognosis in breast cancer patients. Dannenberg and colleagues have further found that WAT inflammation in the breast results in notable transcriptomic changes, including the downregulation of genes involved in branched chain amino acid catabolism and the upregulation of aromatase.

Such inflammation is asymptomatic, however, and is thus considered “clinically occult,” Dannenberg explained during his talk at AACR. “The take-home message is that occult breast inflammation is an independent prognositic biomarker.” Such inflammation is found in women with normal body mass indices (BMIs) and is associated with the same gene-expression difference seen in obese and overweight women, he added, so a normal BMI may not be enough for a doctor’s thumbs up (Breast Cancer Res, 19:8, 2017; Cancer Prev Res, in press). “The finding of elevated aromatase in these normal sized women is almost certainly going to be associated with an increased risk of breast cancer,” Dannenberg said. “If we can make the diagnosis early enough, there might be the opportunity to intervene.”

If obesity does indeed create a microenvironment that aids tumor growth, the question arises about whether weight loss can help fix the problem. “Obesity can cause more aggressive tumor onset,” said Liza Makowski of the University of North Carolina Gillings School of Global Public Health. “What happens when we reverse that?”

Work in mice has suggested that this is possible. In Makowski’s work, for example, formerly obese mice that had lost weight experienced slower tumor growth comparable to that of lean mice (Frontiers, doi:10.3389/fonc.2014.00175, 2014; unpublished work). “Even though they were obese they reverted their phenotype essentially back to the lean,” Makowski said.

In looking for which cells are important in mediating the permissive tumor microenvironment in obese individuals, Makowski and colleagues have focused on macrophages, which, depending on their subtype, can either promote or inhibit inflammation. By manipulating the cells’ metabolisms, preventing the breakdown of glucose, Makowski’s team has effectively encouraged the production of more anti-inflammatory macrophages, which tend to rely on fatty acid metabolism. “[We] can metabolically reprogram the microenvironment by blocking glucose metabolism, which blunted tumor progression,” she said.