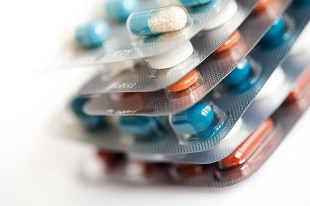 FLICKR, THEGLOBALPANORAMAA new antibacterial drug to treat acute skin infections was approved for clinical use by the US Food and Drug Administration (FDA) last week (June 20). The drug, known as Sivextro or tedizolid phosphate, is approved for intravenous or oral use to treat severe Staphylococcus aureus and other skin infections in adults, including those caused by methicillin-resistant S. aureus (MRSA).

Clinically tested in more than 1,300 adults with serious skin infections, Sivextro was found to be as effective as linezolid, an antibiotic presently in use that has a similar mechanism of action. “Sivextro is also the first new member of this class of antibiotics following linezolid, or Zyvox, but offers dosing, potency and a side effect profile that collectively improve on that first-in-class drug approved in 2000,” David Kroll wrote at Forbes.

Sivextro is the second new antibiotic to reach clinics in the last two months under the FDA’s new Generating Antibiotic Incentives Now (GAIN) program, which offers incentives such as extended exclusivity to manufacturers of new antibiotics. Dalvance, another antibiotic that can treat skin and soft-tissue infections, was the first drug to be approved under the program, last month (May 23).

At least two others may soon follow. Cubist Pharmaceuticals, the manufacturers of Sivextro, also reported last week (June 19) that the FDA was reviewing ceftozolone, an antibiotic candidate that aims to treat complicated urinary tract and intra-abdominal infections.

Earlier this month, a clinical trial by researchers at Duke University tested the antibiotic oritavancin to treat acute skin infections. Speaking about the success of this trial, Vanderbilt University’s William Schaffner, who was not involved with the work, told the The New York Times: “This is a bit of a light at the end of a dismal tunnel in the development of new antibiotics.”