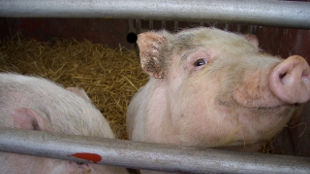 The US Food and Drug Administration announced this week (January 2) that a certain class of antibiotics should only be used in farm animals under limited circumstances because of its likely contribution to antibiotic resistance in humans. The drugs, known as cephalosporins, are frequently used to treat pneumonia, strep throat, and urinary tract infections in humans. Cephalosporins require a prescription, and are often injected into chicken eggs to prevent infection, and administered directly to treat illness in cattle and pigs.

But widespread agricultural use has led to antibiotic resistance that doctors say has cost thousands of lives, The New York Times reported. Another class of drugs, fluoroquinolones, which includes the drug Ciprofloxacin, was banned for use in livestock 10 years ago. Still, more antibiotics are used in animals than in humans in the United States.

The new restrictions apply to routine injection of the drugs into...

The popular antibiotics tetracyclines and penicillins do not require a prescription and are allowed in feed and water.