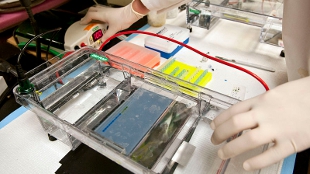 WIKIMEDIA, DNA LABThe US Food and Drug Administration (FDA) on Thursday (July 31) announced that it will begin regulating medical laboratory testing and will start with the issuance of draft guidelines in the next 60 days. The regulations will require that laboratory tests that were developed in-house in a clinical setting—so-called laboratory-developed tests (LDTs)—and direct-to-consumer diagnostic tests, such as DNA sequencing kits, secure FDA approval.

“Ensuring that doctors and patients have access to safe, accurate and reliable diagnostic tests to help guide treatment decisions is a priority for the FDA,” FDA Commissioner Margaret Hamburg said in a statement. “Inaccurate test results could cause patients to seek unnecessary treatment or delay and sometimes forgo treatment altogether. Today’s action demonstrates the agency’s commitment to personalized medicine, which depends on accurate and reliable tests to get the right treatment to the right patient.”

One of the more high-profile tests that would...

The subject of much Congressional wrangling, the FDA’s decision to regulate tests to which it had previously taken a hands-off approach was applauded by some, derided by others. “It’s critical that when patients and their doctors use such a test, they know the results can be trusted,” Calaneet Balas, CEO of the Ovarian Cancer National Alliance, said in a statement. The fear on the other side of the debate is that new FDA regulations could stymie innovation. And some think that the FDA is overstepping its authority by regulating services as opposed to medical devices. “The primary thing they are doing is they are declaring that clinical labs are manufacturers and also clinical laboratories, so they are saying we have to be regulated by two agencies,” Edward Ashwood, the chief executive of ARUP Laboratories, told the Times.

The FDA said that the new regulations—which it will phase in over the next nine years—will focus on tests where an incorrect result could pose a high risk to patients. Some tests, such as those for which a suitable alternative does not exist and those that are used to diagnose rare diseases, will be exempt under the new FDA rules.