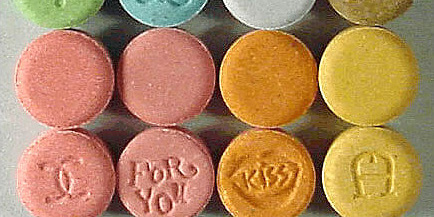 MDMAWIKIMEDIA, USDOJThe US Food and Drug Administration (FDA) has given the green light for Phase 3 clinical trials to test whether MDMA, an illegal drug also known as Ecstasy, can help treat post-traumatic stress disorder in a trial with at least 230 participants. This large-scale study comes on the heels of six promising Phase 2 trials of MDMA.

“I’m cautious but hopeful,” Charles Marmar, a psychiatrist at New York University’s Langone School of Medicine who was not involved in the study, told The New York Times. “If they can keep getting good results, it will be of great use. PTSD can be very hard to treat. Our best therapies right now don’t help 30 to 40 percent of people.”

Psychiatrists have been interested in exploiting the euphoric effects of MDMA in the clinic since the 1970s, but once Ecstasy was swept up in the Drug Enforcement Act’s...

Not all physicians are convinced that MDMA is a safe for research, and some have expressed concern that widespread use of MDMA could kick-start another drug abuse epidemic. “It sends the message that this drug will help you solve your problems, when often it just creates problems,” Andrew Parrott, a psychologist at Swansea University in Wales, told the New York Times. “This is a messy drug we know can do damage.”