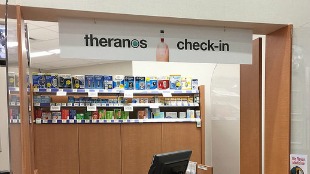 FLICKR, STEVE JURVETSONTheranos, a Silicon Valley biotech company criticized for its opacity, received approval from the US Food and Drug Administration (FDA) for its finger-prick blood test for herpes last week (July 2). The review by the regulatory agency was voluntary.

“I think that getting FDA clearance is a step in the right direction, and Theranos should be congratulated for doing this,” Stanford University’s John Ioannidis wrote in an e-mail to The Washington Post. “However, I still believe that it is important also to have the full information available in the scientific community through peer-reviewed publications on methods and results.”

As Business Insider reported, Theranos is valued is $9 billion dollars and, to protect its trade secrets, does not publish its research in peer-reviewed journals. According to the article, “In some ways, the test’s success shouldn't be a surprise. Based on what we can deduce from the...

Theranos’s test costs $9.07. It’s sold in 42 Walgreens stores in Arizona and one in California, according to the Washington Post. On Friday (July 3), an Arizona law went into effect that allows such direct-to-consumer blood tests.

“This (bill) is a major step for Theranos and its plans, and the FDA news does validate Theranos’ core competency, but there is still a long road ahead,” Eric Lakin, a biotech analyst at DeciBio, told USA Today. “My biggest concerns would be around the interpretation of (blood work) results when there are urgent anomalies.”

“Thousands of Arizonans are struggling to afford the high cost of traditional lab tests. Others are forced to go to an emergency room for lab testing since locations and hours for labs are so inconvenient. This law gives Arizonans the freedom to get these tests done in a transparent, cost-effective way to engage with their own health and begin working with their doctors preventatively,” Holmes said in a press release.