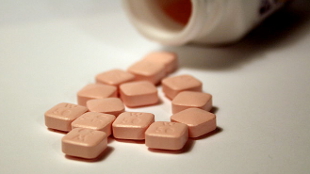 WIKIMEDIA, TOM VARCOBy phasing out Phase 3 trials and thus lowering the barriers facing drug development in the United States, the Food and Drug Administration (FDA) could improve the health of millions and spur economic growth, argued Tomas Philips, a public policy expert at the University of Chicago, and Andrew von Eschenbach, president of the Samaritan Health Initiatives and former FDA commissioner, this week (March 3) at Bloomberg View.

Noting the “glacial” pace of the drug approval process, Philips and von Eschenbach suggest that current output of new drugs could be doubled if the FDA altered its expensive and laborious clinical-trial requirements. Specifically, they contend that Phase 3 trials—in which the effectiveness of a candidate drug is assessed in large groups over extended periods of time—is doing more harm than good because it is severely reducing the pharmaceutical industry’s incentive to invest in new treatments.

Citing data from Tufts Center for the Study of Drug Development, the authors claim that phasing out Phase 3 trials would reduce development costs by 25 percent and ensure revenues started arriving 3 years earlier, resulting in significantly increased profit margins. This would double the number of new drugs, they claim, a surge of innovation that would increase the health and longevity of patients and boost the US economy.

“Examining peer-reviewed research on how costs and profits affect innovation, as we have done, suggests very large patient benefits from reducing the burden of Phase 3 requirements,” the authors concluded. “Doubling innovation, . . .  and adding value on par with a tenth of GDP [gross domestic product], is thus entirely feasible. It would promote economic growth and pay huge dividends in better health for millions of patients.”