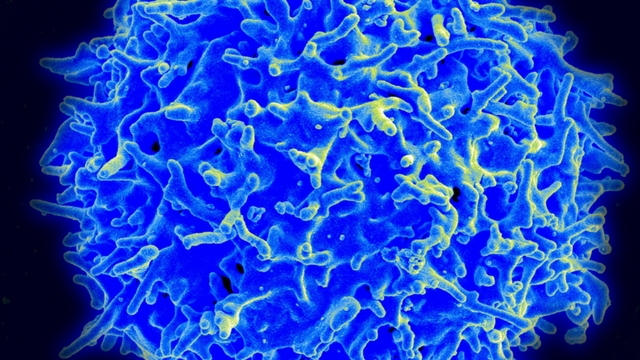 A US Food and Drug Administration (FDA) advisory committee unanimously voted yesterday (July 12) to recommend the approval of a chimeric antigen receptor T-cell (CAR T) therapy for difficult-to-treat acute lymphoblastic leukemia, The New York Times reports. The FDA is expected to go by the committee’s recommendation and move forward with approving the treatment for children and young adults by October 3, according to STAT.

The cell therapy has produced stunning remissions in patients with stubborn cancers and will usher in “a new era in medicine,” reports The New York Times, as it will be the first of its kind to become commercialized.

CAR T-cell therapy takes a patient’s T cells and genetically arms them with receptors that target cancer cells. In the case of this leukemia therapy—Novartis’s CTL019—the T cells are engineered to target a surface antigen specific to B-cells,...

“I think this is most exciting thing I’ve seen in my lifetime,” oncologist Tim Cripe of Nationwide Children’s Hospital in Columbus, Ohio, who assisted the FDA panel, tells STAT.

Novartis’s treatment is not the only gene immunotherapy on the horizon. According to STAT, the FDA is also evaluating Kite Pharma’s CAR T-cell therapy for treatment-resistant lymphoma, with a decision due by the end of November.

During their discussions, the committee brought up the therapy’s potential for untoward effects. While some patients have reported acute problems, none show signs of longer-lived side effects thus far, reports The New York Times.

“We couldn’t be more pleased and encouraged to see CAR-T products and other cell-based immuno-therapies moving ahead in the appropriately rigorous regulatory review process,” says Lyndsey Scull, communications director for the Alliance for Regenerative Medicine, an advocacy group, in a statement sent to The Scientist.