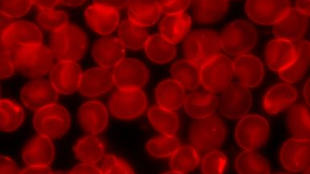 WIKIMEDIA, MDOUGMThe US Food and Drug Administration (FDA) has a clear message for the CEO of Pathway Genomics, the company that just unveiled a blood test that it claims can detect various cancer types: “[Y]ou are offering a high risk test that has not received adequate clinical validation and may harm the public health,” the agency wrote in a letter to Pathway’s founder and CEO Jim Plante this week (September 21). The FDA has given Plante two weeks to respond and set up a time to meet with the agency.

The FDA claims that Pathway’s CancerIntercept Detect, which costs $699, counts as a direct-to-consumer test because it ships blood collection tubes, technically considered to be medical devices, straight to customers. This, according to the agency, means that the company needs to get FDA approval before offering the test, something Pathway did not do. But Pathway disputes this contention. “We...

Pathway also refutes the FDA’s assertion that there is no published validation for the test as a screening tool for cancer in high-risk individuals. “We believe we have performed appropriate validation of the test as a laboratory-developed test, and we are in the process of performing additional studies,” the company said.

Pathway faced similar criticisms from the research community when it rolled out the test earlier this month. “I am very reticent to believe a privately funded personal genomics company’s claims when there is no peer-reviewed data to support their tests or technical approaches,” oncologist at Isaac Garcia-Murillas of the Institute of Cancer Research in London, told The Verge.

And this isn’t the first warning that Plante has fielded from the FDA. In 2010, the agency sent him a similar warning letter regarding Pathway’s Genetic Health Report, a home-use saliva test that reportedly screened individuals’ genomes for a slew of disease risks. The company still offers saliva-based DNA tests on its website.