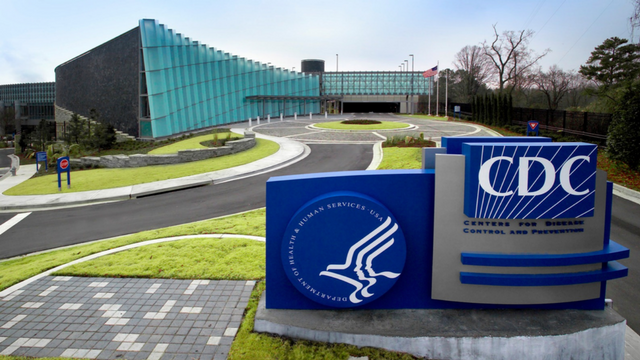 CDC′s Tom Harkin Global Communications Center in Atlanta, Georgia WIKIMEDIA, JAMES GATHANY At a 2018 budget meeting last Thursday (December 14), officials at the Centers for Disease Control and Prevention (CDC) were told by senior agency officials that they were prohibited from using a list of seven words or phrases in budget documents. The list included the terms “fetus,” “transgender,” “vulnerable,” “entitlement,” “diversity,” “evidence-based,” and “science-based,” according to a report by The Washington Post.

The news quickly sparked outrage among scientists, who expressed concern that the CDC’s work is being politicized. Federal officials have weighed in on the discussion, pushing back against the notion that the alleged ban is explicit.

“I want to assure you there are no banned words at CDC. We will continue to talk about all our important public health programs,” Brenda Fitzgerald, director of the CDC, tweeted on Sunday.

It is still unclear whether the alleged ban applies beyond budget documents and whether it stemmed from the CDC itself or its parent department, Health and Human Services (HHS), The New York Times notes.

“The assertion that HHS has ‘banned words’ is a mischaracterization of the discussions regarding the formulation process,” Matt Lloyd, a spokesperson for HHS, says in a statement sent to STAT News. “HHS will continue to use the best scientific evidence available to improve the health of all Americans. HHS also strongly encourages the use of outcome and evidence data in program evaluations and budget decisions.”

Several CDC officials tell The New York Times that the proposal was not an explicit ban on the use of certain words, but rather guidance in order to increase the likelihood that the budget would be approved by Republicans. “It’s absurd and Orwellian, it’s stupid and Orwellian, but they are not saying to not use the words in reports or articles or scientific publications or anything else the CDC does,” an anonymous official says. “They’re saying not to use it in your request for money because it will hurt you. It’s not about censoring what CDC can say to the American public. It’s about a budget strategy to get funded.”

An anonymous analyst who participated in the meeting tells The Washington Post that for some terms, alternatives were suggested. For instance, in lieu of using the phrase “science-based,” officials could say, “CDC bases its recommendations on science in consideration with community standards and wishes.”

Regardless of whether the ban is explicit or indirect, scientists are concerned about the potential implications of the ban and that it is in line with previous moves made by the Trump Administration perceived as scientific censorship. For instance, HHS removed questions about gender identity and sexual orientation from an annual survey of elderly people in March, and the State Department removed LGBTQ content from its website in January.

“Whether this is a directive from above is not clear,’’ former Surgeon General Vivek Murthy tells The New York Times. “But for CDC or any agency to be censored or passively made to feel they have to self-censor to avoid retribution—that’s dangerous and not acceptable. The purpose of science is to search for truth, and when science is censored the truth is censored.”