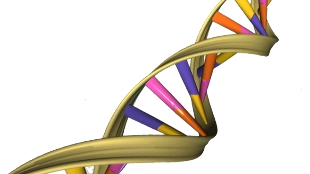 WIKIMEDIA, APERSONBGI Shenzen (formerly known as the Beijing Genomics Institute), one of the world's foremost sequencing centers, has offered $118 million for the purchase of American sequencing company Complete Genomics, but federal authorities in the United States are raising concerns about the security of the data should the sale proceed. According to Politico, federal officials have cited the potential for the deal to compromise national security as a reason for their deliberations, which stalled the transaction after BGI Shenzen made its initial offer in September.

“Because there are questions about the technologies that are involved that are complex, cutting edge, and have national security implications related to bioweapons, this bears strict scrutiny,” Michael Wessel, a commissioner on the United States-China Economic and Security Review Commission, told Politico. “Are there capabilities here that can be adverse to American interests?”

The US Federal Trade Commission (FTC) and the Committee...

As the feds have investigaged the pending deal, San Diego-based Illumina, offered $123 million to buy Complete Genomics, but the company’s board rejected the bid, stating that the BGI Shenzen bid was of “superior quality.”

Ye Yin, CEO of BGI Shenzen, wrote a letter last week to Complete Genomics stating that his company was not owned by the Chinese government and arguing that even if the purchase of Complete Genomics is blocked, merger between the two US companies could also get delayed or nixed by FTC scrutiny over possible antitrust problems.