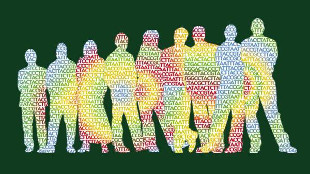 NHGRIThis week in Washington, DC, the US National Academies of Sciences and Medicine, the Chinese Academy of Sciences, and the U.K.’s Royal Society are holding a meeting with leading gene-editing experts to discuss the use of tools like CRISPR/Cas9 on humans.

“It’s a very exciting time, but as with any powerful technology, there is always the risk that something will be done either intentionally or unintentionally that somehow has ill effects,” CRISPR pioneer Jennifer Doudna told The Guardian Saturday (November 28).

“I believe this is the first report of CRISPR/Cas9 applied to human pre-implantation embryos and as such the study is a landmark, as well as a cautionary tale,” George Daley of Harvard Medical School told Nature at the time....

In September, the U.S./U.K.-based Hinxton Group issued a statement supporting the use of CRISPR and other tools to edit genes in human embryos. The international consortium emphasized that it did not support to creation of “designer babies.”

Some teams are now pushing ahead with human embryo gene-editing. As MIT Technology Review reported last week (November 26),  “many of the scientists attending the Washington meeting won’t be there to ban the technology, but to trade tips about how, exactly, they might be able to do it right.”

New to CRISPR? Check out these primers from The Scientist’s March 2014 and March 2015 issues, respectively:

Red Hot
CRISPR/Cas is all the rage—and getting more precise and efficient.