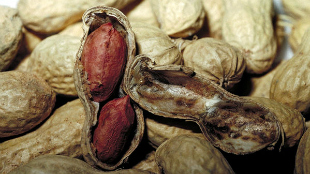 Clark and his colleagues fed several dozen kids peanut flour in tiny amounts—just 2 milligrams (mg) to begin with—and gradually increased the daily dose to 800 mg over a course of six months. By the end of the study, 84 percent of participants could safely eat several peanuts’ worth of the protein at a time. “It’s huge, absolutely huge,” Maureen Jenkins, the director of clinical services at Allergy UK, told New Scientist. “There hasn’t been any...

The scientists caution that this should not be used as a home remedy to treat peanut allergy, and said that it’s too soon to know whether the approach will work outside of a research setting. There were many more allergic events among the kids in the treatment group than those in the control group. It’s also not clear how durable the effect is. In their paper, the authors wrote: “It is probable that long-term peanut protein ingestion will be needed to provide continued protection from accidental exposure, perhaps for several years.”

There are a number of unanswered questions that will need to be worked out, such as the optimal dose and whether the children will suffer any long term consequences, pointed out Hugh Sampson, an allergy researcher at Mount Sinai Hospital. He told Science that “while this study adds to the growing data on the potential utility of oral immunotherapy for treating food allergy, I am not sure that this study brings us closer to the answers.”