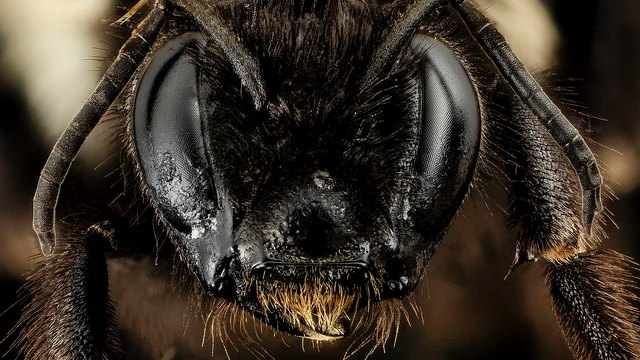 Update (March 23): On Tuesday (March 21), the US Fish and Wildlife Service officially listed the rusty patched bumblebee as endangered, following a delay by the Trump administration. Environmental groups praised the designation, while several business advocacy organizations asked the government to wait a year before listing the bee as endangered, the Associated Press (AP) reported. “Once the listing decision takes effect, virtually every industry operating within the species' range—from agriculture and crop production to residential and commercial development, from energy production and distribution to manufacturing, will be profoundly affected,” a petition stated, according to the AP.

Update (February 13): Regulations to protect the rusty patched bumblebee were supposed to go into effect last week. But, as the Associated Press reported on February 10, these conservation efforts will not begin as scheduled because of an executive order issued by President Donald Trump, restricting new regulations.

The US Fish & Wildlife Service declared the rusty patched bumblebee (Bombus affinis) endangered today (January 10). It’s the first such listing for a bumblebee in the U.S. and the first for any bee species in the continental U.S.

The now-endangered pollinator lives in the upper Midwest and Northeast. Habitat loss, disease, pesticides, and climate change have contributed to population declines, according to Fish & Wildlife. “The rusty patched bumble bee has experienced a swift and dramatic decline since the late 1990s,” according to a press release. “Abundance of the rusty patched bumble bee has plummeted by 87 percent, leaving small, scattered populations in 13 states and one province.”

Several other bee species that reside in Hawaii are already on the endangered species list.

“Obviously, it’s sad that anything has to get on the endangered list, but this really provides a great opportunity,” Dennis vanEngelsdorp of the University of Maryland told The New York Times. “When you’re talking about saving the bumblebees, what you’re really talking about is saving the community.”

Correction (February 17): We incorrectly called the NRDC the National Resources Defense Council. Thank you to a reader for pointing out the mistake. The Scientist regrets the error.