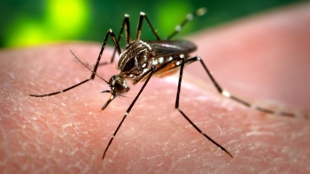 Aedes aegypti, one of the mosquito vectors of the Chikungunya virusWIKIMEDIA, JAMES GATHANY, PHIL, CDCThe US Centers for Disease Control and Prevention (CDC) reported yesterday (July 17) on the first locally acquired case of chikungunya virus in the United States. A Florida man who had not partaken in any recent international travel was diagnosed with the painful infection.

The virus was first documented in the Western Hemisphere seven months ago, when infections began popping up on the Caribbean island of St. Martin. Since then, more than 100,000 suspected cases have been recorded 17 countries of the Caribbean and South America, according to the CDC. A couple hundred cases of chikungunya have emerged in the U.S., but always in association with overseas travel. “[T]he newly reported case represents the first time that mosquitoes in the continental United States are thought to have spread the virus to a non-traveler,” a CDC press release read.

Chikungunya is rarely fatal, but the virus can cause severe joint pain, and there is no specific treatment for infection. Along with the Florida Department of Health, the federal agency is currently investigating how the Florida man contracted the virus, and will continue to monitor for additional U.S. cases. “The arrival of chikungunya virus, first in the tropical Americas and now in the United States, underscores the risks posed by this and other exotic pathogens,” Roger Nasci, chief of CDC’s Arboviral Diseases Branch, said in the release. “This emphasizes the importance of CDC’s health security initiatives designed to maintain effective surveillance networks, diagnostic laboratories and mosquito control programs both in the United States and around the world.” 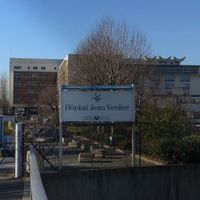