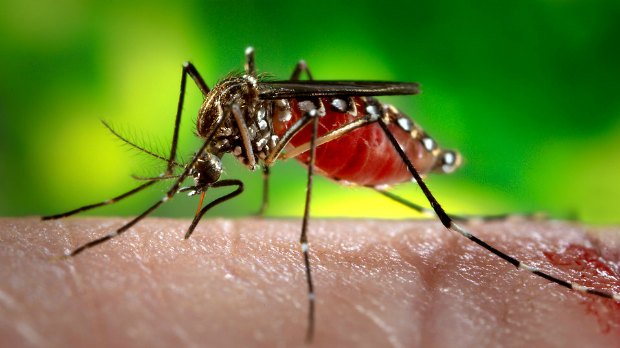 FREE STOCK PHOTOS, CDC/PROF FRANK HADLEY COLLINSMexico has approved the world’s first dengue virus vaccine. Sanofi’s Dengvaxia will be available to children over nine and adults 45 and under.

“We are making dengue a preventable disease, which makes us incredibly proud,” Olivier Charmeil, the head of vaccines at Sanofi, told Bloomberg Business.

According to the World Health Organization, 2.35 million people in the Americas contracted the mosquito-borne illness in 2013. Dengue can cause high fever, muscle pains, vomiting, and, in some cases, death.

Sanofi spent two decades and $1.6 billion on the development of Dengvaxia. According to BBC News, about 40,000 people in Mexico will initially receive the shot. “With this decision, Mexico moves ahead of all other countries, including France, to tackle the spread of this virus,” the country’s health ministry in a statement.

Results of a clinical trial among children found the vaccine...

The price of the immunization has not been disclosed. More than a dozen other countries are considering approval, according to Bloomberg News.

Update (December 29): Health officials in Brazil and the Philippines have also approved the use of Dengvaxia, Sanofi Pasteur announced over the past week.

“Approval of the first dengue vaccine is an important public health breakthrough with critical importance to our country, which bears the greatest dengue burden in Latin America,” Joao Bosco Siqueira Junior of the Federal University of Goias, Brazil, said in the press release.

Dengue cases in Brazil erupted in 2015, topping 1.5 million, compared to roughly 500,000 in 2014, The Wall Street Journal reported. Asia, however, bears the brunt of dengue fever, with 70 percent of infections occurring there.

It’s not clear when the vaccine will become available in the countries that have authorized its distribution.