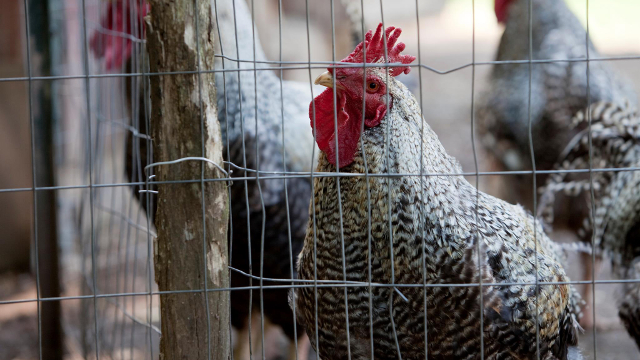 ISTOCK, BLUEBERRIESA 68-year-old woman in Jiangsu Province, China, was admitted to a hospital on January 1 with what turned out to be a H7N4 bird flu virus infection, Hong Kong’s Centre for Health Protection announced yesterday (February 14). The patient, who had contact with live poultry before her symptoms started, is believed to be the first person infected by the H7N4 virus. She later recovered and was discharged.

According to the World Health Organization, influenza type A viruses (of which H7N4 is one type) are of public health concern because they have the potential to cause pandemics if they acquire the ability to be transmitted among humans. A different bird flu strain, H7N9, has killed at least 600 people in China since 2013, Reuters reports.

Hong Kong has reported 21 cases of H7N9 in humans, all traced to mainland China, the South China Morning Post reports. The warning from...