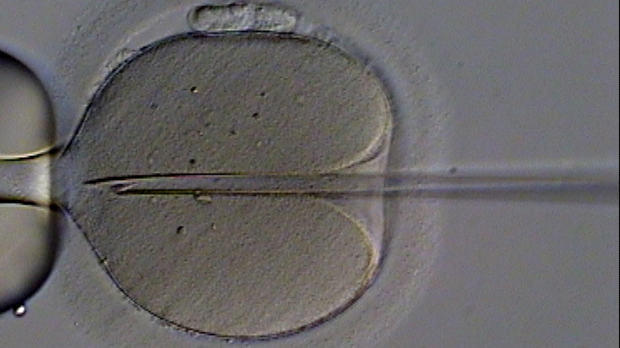 WIKIMEDIA, EUGENE ERMOLOVICHThis April, a couple from Jordan welcomed into the world their son, the first baby born as a result of targeted mitochondrial replacement (MRT) or “three-parent IVF.”

“This is huge,” Richard Paulson, president-elect of the American Society for Reproductive Medicine, told The New York Times after the birth of the boy was first reported by New Scientist on Tuesday (September 27).

The mitochondrial replacement therapy was performed by US-based scientists in a clinic in Mexico. The procedure is currently banned in the U.S., despite an ethical seal of approval from the Institute of Medicine of the National Academies of Sciences, Engineering, and Medicine earlier this year. Regulators in the U.K. OKed application of the technique—which involves using ooctyes from two women and sperm from one man and can be used to create offspring with reduced chances of inheriting mitochondrial disorders from their parents—last year.

John Zhang, a researcher at New York City’s New Hope Fertility Center, performed spindle nuclear transfer; he inserted the nucleus from the mother’s egg and placed it in the donor’s egg cell, from which he removed the native nucleus, making an oocyte that had the mitochondrial DNA of a non-related donor and the nuclear DNA of the mother. Fertilizing this egg with the father’s sperm resulted in five embryos, one of which developed normally and was implanted in the mother’s uterus.

Although the procedure is currently illegal to perform in the U.S., “to save lives is the ethical thing to do,” Zhang told New Scientist.