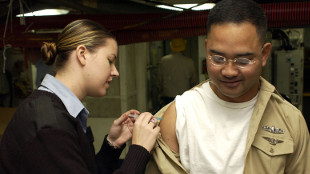 WIKIMEDIA, JOSEPH R. SCHMITTAmid a severe flu season, the US Food and Drug Administration (FDA) last week (January 16) approved the first recombinant flu vaccine, Flublok, which protects against two influenza A strains, H1N1and H3N2, and an influenza B strain virus. Flublok, which is composed of three influenza hemagglutinins (HA)—proteins required for influenza virus to enter human cells—will have a limited release this flu season and be fully released for the 2013-2014 season. It is the first flu vaccine to take advantage of recombinant technologies and is manufactured partly within insect cells, in contrast to previous vaccines based on weakened or inactivated flu viruses that are made in chicken eggs.

“This approval represents a technological advance in the manufacturing of an influenza vaccine,” Karen Midthun, director of the FDA’s Center for Biologics Evaluation and Research, said in the announcement. “The new technology offers the potential for faster start-up...

In initial trials that included 2,300 people at various sites in the United States, Flublock, produced by Protein Sciences Corporation in Meriden, Connecticut, was 44.6 percent effective at protecting participants from all the types of circulating flu.