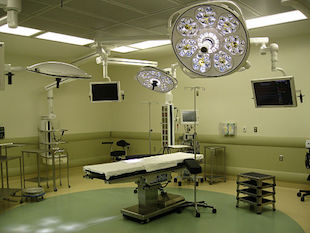 WIKIMEDIA, RUHRFISCHThomas Manning, 64, of Halifax, Massachusetts, is the first person in the United States to receive a penis transplant, The New York Times (NYT) reported today (May 16). During a 15-hour operation on May 8 and 9, a surgical team led by Curtis Cetrulo Jr. and Dicken Ko of Massachusetts General Hospital (MGH) in Boston successfully grafted an organ from a deceased donor onto the patient, who had his penis removed three years ago because of a rare form of cancer.

“We’re very cautiously optimistic,” Cetrulo, a plastic and reconstructive surgeon at MGH, said in a briefing today. If everything goes according to plan, Manning should be able to urinate normally within a few weeks and could recover sexual function in weeks to months, Cetrulo told NYT.

The experimental procedure, known as a genitourinary vascularized composite allograft (GUVCA), was the result of more than...

Ultimately, this experimental surgery could help not only cancer patients, but also victims of traumatic accidents, including injured veterans. In fact, a team from Johns Hopkins University announced plans to perform a penis transplant on a soldier earlier this year. In future, the procedure may also be a possibility for transgender people, though it is first being tested on sick or injured patients first, Certrulo said.

There have been two previous attempted penis transplants, one in China in 2006 and one in South Africa in 2014, according to NYT. The Chinese transplant was medically successful, but the organ had to be removed because the patient was suffering psychological stress, according to The Washington Post’s Speaking of Science blog. The South African patient recovered well and has even fathered a child.