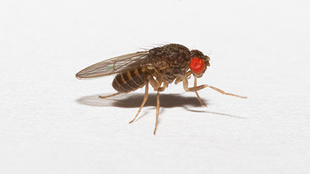 To test the flies’ memories, the researchers attempted to teach them to associate electric shocks with a certain scent. When they fed the polyamine spermidine to young flies, their abilities to avoid the scent associated with shocks did not improve. However, feeding spermidine to older flies appeared to slow memory loss. Additionally, expressing a polyamine synthesis enzyme in fly brain cells necessary for scent memory appeared to protect aging flies from memory loss.

Polyamines have been shown to aid in autophagy, a process cells use to digest their own contents. When the researchers genetically disrupted flies’ autophagy machinery, supplementing...

Polyamine levels in humans’ basal ganglia decrease with age, indicating that polyamine deficits could help explain human memory loss. “There are reasons for optimism that this fly work will translate into human,” Ronald Davis, a researcher from The Scripps Research Institute in Jupiter, Florida, who was not involved in the study, told Nature News.

The study’s authors told Nature News that they now plan to test the effects of polyamine supplementation in mice and in humans.