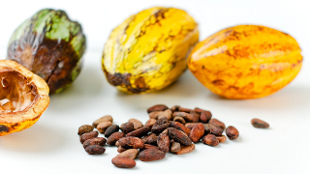 Pattern recognition tasks, such as identifying a new face or finding one’s car in a parking lot, become more difficult as people age. These declines are associated with the weakening of the dentate gyrus (DG), a region of the brain’s hippocampus. According to a study published yesterday (October 26) in Nature Neuroscience, DG functioning may be partially restored by consuming epicatechin and other flavanol molecules found in cocoa.

Researchers at Columbia University assessed the pattern recognition abilities of 37 participants between the ages of 50 and 69. Two groups of participants drank mixtures containing low (10 mg) or high (900 mg) amounts of cocoa flavanols every day for three months. At the end of the study, the high-flavanol group did about 25 percent better on the memory assessment than the low-flavanol group—the equivalent of regaining the memory abilities of someone two or three decades younger.

One flavanol in particular, epicatechin, has been shown to boost blood circulation in the DG. Using high-resolution functional magnetic resonance imaging (fMRI), the researchers found that higher blood flow to the DG was correlated with better performance on the memory test.

“You’d have to eat 25 chocolate bars a day to get 900 milligrams of flavanols, the amount we used, which is a bad idea,” study coauthor Scott Small told Scientific American. “There is a commercial formulation with a much lower amount,” Small said, referring to a supplement produced by the candy company Mars, Inc., which partially funded the research. “No commercially available formulation has 900 milligrams. Maybe in the future, companies will develop that.”