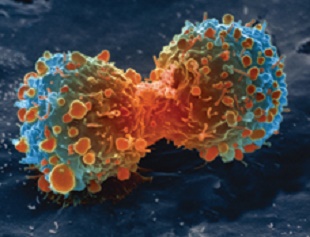 WIKIPEDIA, NIHA new study links the browning of white fat in adipose tissue to cancer-associated cachexia, a wasting syndrome that causes approximately 20 percent of deaths in cancer patients. The results, published last week (July 17) in Cell Metabolism, reveal that the conversion of white fat to brown is an early step preceding the atrophy process in mouse models of lung and pancreatic cancer.

White fat—that which piles on waistlines, potentially leading to obesity, diabetes, and heart disease—is typically considered “bad,” while brown fat, a form that generates heat to keep babies and hibernating animals warm, is usually thought of as healthier.

This study, however, “is the first time that this phenomenon we might call burning fat has been associated with a negative effect,” study coauthor Erwin Wagner said in a statement. “The transformation of white fat into brown fat, currently one of the most researched subjects...

The researchers, led by Michele Petruzzelli of the Spanish National Cancer Research Center, found that the browning of white fat was linked to higher expression of uncoupling protein 1 (UCP1), which increased lipid metabolism and promoted energy expenditure in mice.

Extreme weight loss, skeletal muscle atrophying and the systemic inflammation seen in cachexia have led researchers to dub the condition “auto-cannibalism.” The wasting has been linked to mortality in other diseases including AIDS, tuberculosis, multiple sclerosis, and congestive heart failure. But until now, little was known about the molecular mechanisms responsible.

These latest findings “offer potential answers to some of the great unsolved biomedical questions of our times," Matthias Tschöp of the Helmholtz Diabetes Center in Germany wrote in an e-mail to Science News.