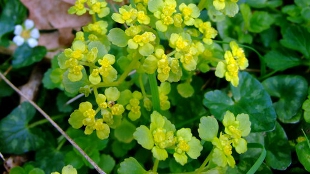 Researchers in Wales have recorded identifying DNA sequences for more than 1,100 plants and conifers, representing all of the country’s native flowering plants and 75 percent of the flowering plants in the United Kingdom.  It is the first country to create such a database, according to the National Botanic Garden of Wales, which is organizing the effort, called the Barcode Wales project. All the barcodes are freely available on the Barcode of Life Database (BOLD).

Natasha de Vere, head of conservation and research from the National Botanic Garden in Carmarthenshire, and her colleagues will now turn to nonnative species introduced by humans. The whole project is expected to last 3 years.

“Wales is now in the unique position of being able to identify plant species from materials”—like pollen grains, seed pieces, or roots and...

Indeed, the barcodes are already proving useful. Andrew Lucas, a PhD student at Swansea University, for example, is investigating pollination by hoverflies by examining the DNA barcodes of the pollen found on their bodies. The results will reveal “how hoverflies move through the landscape and the importance of habitat quality,” Lucas told the BBC.

Another PhD student, Jenny Hawkins at Cardiff University, is testing honey collected from across the U.K. for bacteria-killing qualities. There is some evidence to suggest that honey made from certain plants can kill infection-causing microbes, including the dangerous MRSA, and barcoding the honey will reveal exactly what plants the bees used to make it. “By DNA barcoding the honey, we are looking for links between honey with good medicinal properties and particular plant species,” Hawkins told the BBC. “If we find it, we might be able to make a super honey by allowing bees to forage on plants that provide high antibacterial properties.”