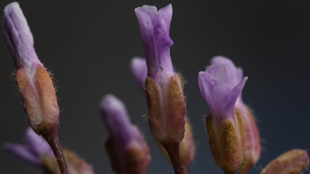 Plants need to ensure that each egg has the chance to be fertilized while at the same time preventing double fertilizations, which in many plants kills the zygote. Therefore,  plants rely on sperm and egg fusion to prevent multiple pollen grains from trying to reach the egg, according to research published yesterday (May 17) in Current Biology.

When pollen grains alight on a pistil (female reproductive organ), they grow tubes that burrow toward the egg, following attractants released from the flower’s ovule. Researchers at Brown University used fluorescent pollen to examine the phenomenon of “polytubey,” where more than one pollen tube reaches the plant ovule, in Arabidopsis. Hand pollinating with one green and one red pollen grain allowed them to track two different tubes. Under normal circumstances, usually only one tube reached the ovule. But the researchers found that if sperm carried mutations...

Although the mechanism that prevents more tube growth was not identified, the scientists suspect that gamete fusion prevents continued release of pollen-attracting factors from the ovule, and that relying on successful sperm-egg fusion to halt tube growth maximizes a flower’s chance of successful fertilization.