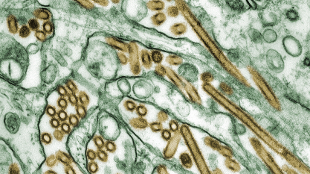 The process leading to the US biosecurity board recommending full publication of two controversial H5N1 flu papers has been criticized by a board member in a letter sent to the National Institutes of Health last week (April 12). Influenza epidemiologist Michael Osterholm of the University of Minnesota, Twin Cities, outlined his criticisms to Amy Patterson, associate director for science policy at the NIH, reported Nature.

The US National Science Advisory Board for Biosecurity (NSABB) had previously recommended that the two controversial H5N1 papers, which detailed  mutations that allow for ferret-to-ferret aerosol transmission, be published in redacted form, a recommendation that was rescinded at last month’s meeting. Osterholm himself voted for publication of one paper, but was concerned that modifications to the second paper did not adequately...

While Osterholm said he sees no “sinister motive” behind the meeting’s agenda, he wrote, “…I believe there was a bias toward finding a solution that was a lot less about a robust science- and policy-based risk-benefit analysis and more about how to get us out of this difficult situation.”  Some proponents of full data disclosure argue that it will aid in virus surveillance, but Osterholm wrote that no virus surveillance experts were invited. Instead he saw an “‘involved influenza research community’ telling us what they should and shouldn’t be allowed to do based on their interested perspective.”

Read more expert opinions about the risks of such research in this month’s featured debate about scientific transparency and public health protection.