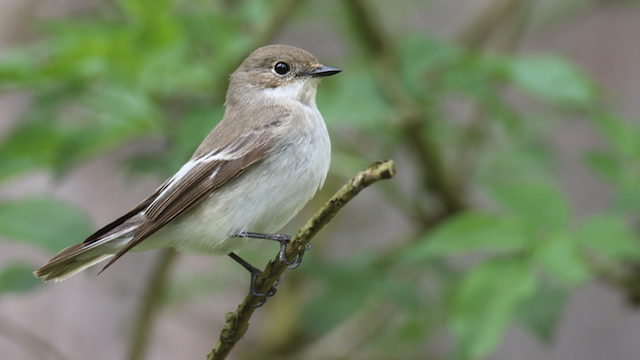 A pied flycatcherISTOCK, ANDYWORKSMost birds learn their species’ songs at a very early age. This ability may be innate, according to a study published Monday (June 12) in Nature Ecology & Evolution.

A pair of researchers at Uppsala University in Sweden discovered that in two bird species, the pied flycatcher (Ficedula hypoleuca) and collared flycatcher (F. albicollis), fledglings as young as 10 days old learn to discriminate within their own species’ songs.

Further investigation revealed that this ability arose even before the fledglings hatched. When the researchers swapped eggs from one species to another species’ nest, the birds were still better at distinguishing between songs in their own species. The team also cross-mated parents to create hybrid offspring and found that the fledglings still had a preference for the pied flycatcher songs. "This shows that something built-in to the genome influences the perception...

Other groups have also found evidence for a genetic component to song learning. For example, in a study published last year, a group in Japan discovered that zebra finch songs possess an innate vocal signature.

“Song differences across species are vital for birds to choose appropriate mates and negotiate complex social interactions,” Wheatcroft says in a statement. “A genetic basis for song discrimination in early life may help explain how song differences are maintained in a noisy, diverse world.”