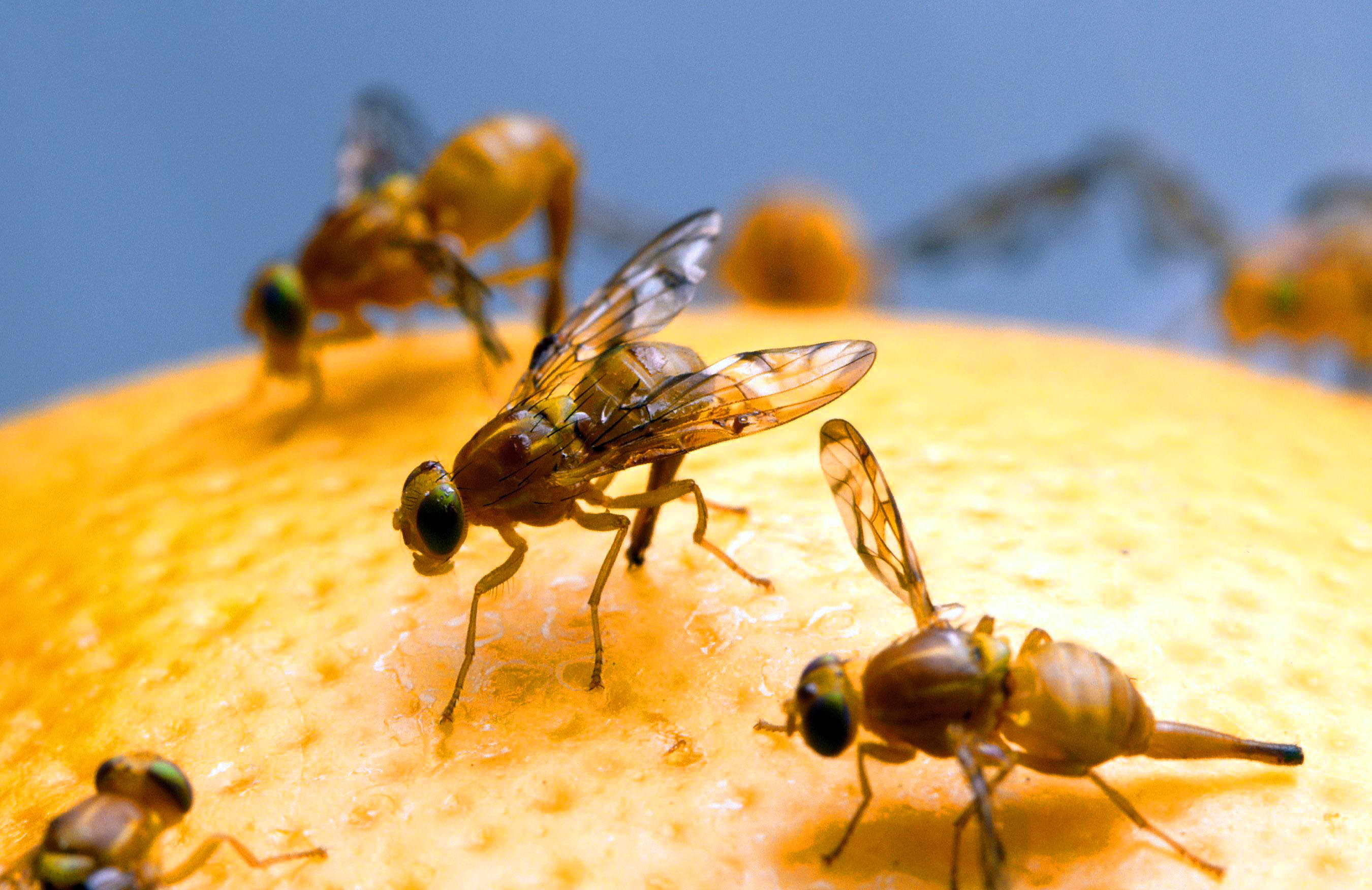 PIXNIO, JACK DYKINGAEating enormous meals makes many of us sleepy, but the biology behind so-called food comas is not well understood. Now, a November 22 study in eLife has shed some light on this phenomenon—at least in fruit flies.

“In Drosophila, there is a well-documented interaction between sleep and metabolism, whereby flies suppress sleep or increase their activity when starved,” said coauthor William Ja of the Scripps Research Institute in Florida, in a press release. “However, the acute effects of food consumption on sleep have not yet been tested, largely because there was no system available to do so.”

Ja and colleagues placed fruit flies in a small plastic chamber, which allowed the researchers to record fly activity before and after feeding. The recordings revealed that the fruit flies became lethargic or fell asleep for about 30 minutes following a large meal and that, the more the...

“Using an animal model, we’ve learned there is something to the food coma effect, and we can now start to study the direct relationship between food and sleep in earnest,” Ja said in the press release. “This behavior seems conserved across species, so it must be valuable to animals for some reason.”