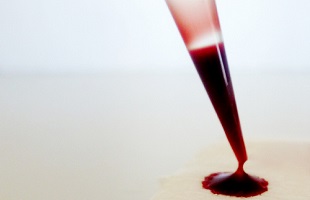 FLICKR, ROSEMARY VOEGTLIFour blood-based biomarkers can predict a healthy person’s chance of dying within five years, according to a study published this week (February 25) in PLOS Medicine. A team led by investigators at the University of Tartu screened blood samples from more than 17,000 volunteers in Finland and Estonia. The researchers examined more than 100 different biomarkers and found that abnormal levels of just four—alpha-1-acid glycoprotein, albumin, very-low-density lipoprotein particle size, and citrate—were predictive of death risk. Of these, only albumin had previously been tied to mortality.

They then developed a biomarker score that encompassed all four indicators, and found that people with the highest scores were more likely to die within a five-year window. The link persisted even after the research team accounted for factors like age, sex, smoking, drinking, obesity, high blood pressure, and cholesterol levels.

“These biomarkers appeared to actually predict mortality independent of...

The researchers said they next plan to explore what might connect these four biomarkers and account for this hidden frailty, and suggested that their methodology could be adapted for clinical use down the line.