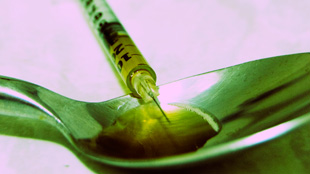 Despite a wide range of clinical treatments for drug addiction, recovering addicts are still expected to relapse more than 50 percent of the time. In a study published in Science last week, researchers led by Lin Lu of the National Institute of Drug Dependence at Peking University in Beijing tested a novel method for altering memories of drug use in addicts that didn’t require the use of pharmaceuticals and which reduced drug cravings up to 6 months later.

The method, which was also tested in rats, involved first showing heroin addicts a 5-minute video of drug paraphernalia and people doing heroin—during which time memories of drug use are retrieved from long-term storage, making them more prone to alteration. After a 10-minute break, the group was again exposed to the video for an hour. This second exposure, researchers believe, consolidates a new memory of drug use that does...

The findings suggest that treating drug addicts at the level of drug memories may serve as a safe and effective alternative to addiction drugs. Researchers have yet to determine whether it will yield positive results out in the real world, however, Nature reported.