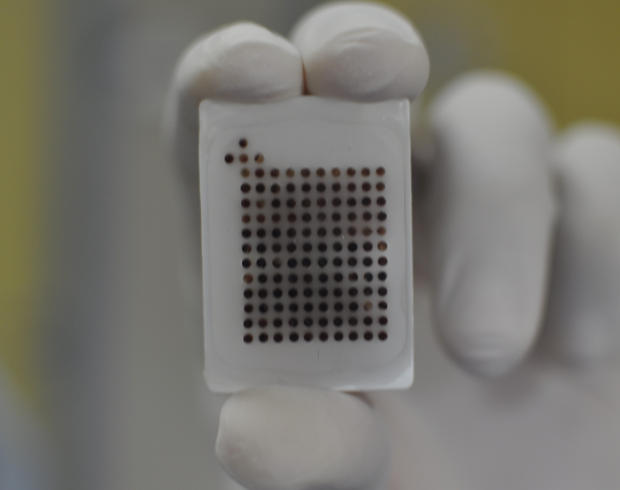 WIKIMEDIA, BORA GURELFormer employees of Affymetrix tried to scuttle a pending acquisition by life-science technology firm Thermo Fisher Scientific. Ex-Affymetrix staff members had set up a shell company called Origin Technologies, secured backing from a Chinese private equity firm, and last week (March 18)—just as the $1.3 billion deal with Thermo Fisher was about to go through—bid a whopping $1.5 billion in cash for their former employer. But Affymetrix, which makes genetic analysis tools, rejected the new offer this week (March 20), saying it “falls materially short of the funds that would be required to complete the transaction,” which would include a termination fee payable to Thermo Fisher, according to a statement from the company.

Affymetrix shareholders are set to vote on the Thermo Fisher acquisition this week, according to The New York Times. “The board of directors of Affymetrix is firmly committed to carrying out its fiduciary...

Thermo Fisher also responded to the 11th-hour bid from Origin. “The proposal put forth to Affymetrix by Origin Technologies, a newly created shell entity relying on a vague and insufficient financing package from a Chinese firm, is highly uncertain and speculative and does not constitute, and could not reasonably be expected to lead to, a superior proposal under the merger agreement, and Affymetrix and its board of directors could not reasonably determine otherwise,” said President and CEO Marc Casper in a statement that included an open letter to Affymetrix shareholders. “In stark contrast, our merger agreement with Affymetrix, which has been unanimously approved by both boards of directors, has fully committed financing and has received all necessary regulatory approvals.”

Update (March 24): Origin Technologies this week (March 22) upped its bid to acquire Affymetrix to $1.85 billion, The New York Times reported. And the Affymetrix board is considering this new offer, according to GenomeWeb. The meeting in which the company's stockholders were to vote on the $1.3 billion bid from Thermo Fisher Scientific, originally scheduled for tomorrow (March 25), has been pushed to March 31.

Update (March 28): Affymetrix has declined Origin Technologies's $1.85 billion offer. “The board found the risks to initiating and consummating a potential transaction with Origin outweighed the potential benefit," the firm said in a statement. According to The Wall Street Journal, Affymetrix shareholders are expected to vote on the $1.3 billion bid from Thermo Fisher Scientific on Thursday (March 31).

Update (March 30): Thermo Fisher has completed its acquisition of Affymetrix, at a purchase price of $1.3 billion, according to a statement released by Affymetrix today (March 30). “We are pleased to announce the completion of this transaction and officially welcome the Affymetrix team to Thermo Fisher,” Marc Casper, president and chief executive officer of Thermo Fisher said in the statement. “This is a great outcome for both companies.”