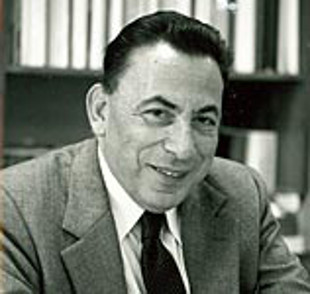 Erich Bloch, who stood at the helm of the National Science Foundation (NSF) from 1984 to 1990, died on November 25 at age 91. From humble beginnings in a Swiss refugee camp, Bloch’s illustrious career in science management took him from the upper echelons of IBM to the helm of NSF, where he advocated for science during the Reagan administration.

“He was probably the best government manager ever, certainly at NSF,” Gordon Bell, one of Bloch’s former colleagues at the agency, told Science.

After losing both of his parents in the Holocaust, Bloch survived the war in a Swiss refugee camp and immigrated to the United States in 1948 when he was 23 years old. Just four years later Bloch started working for IBM where, in 1964, he managed the development of the IBM mainframe System 360, arguably the precursor to modern operating systems. “The system...

When President Ronald Reagan tapped Bloch to lead the NSF in 1984, he became the first director of the agency to ever be appointed without having a PhD. But he quickly demonstrated his commitment to the scientific community and his agency. Likely due to his background with IBM, Bloch invested much of his political capital into creating a directorate for computer science within NSF, which supported the rise of computer science as a field of study. “If Erich hadn’t been there, it would have been another decade before computing got to this point,” Bell told Science.

After stepping down from his position at the NSF, Bloch went on to join the Council on Competitiveness and received a number of science awards including the National Medal of Technology and Innovation. But despite leaving public service, Bloch never ceased to advocate for the importance of science in society.

“Members of Congress, lawyers, and MBAs are not going to improve our competitive standing in the world,” Bloch wrote to Representative Howard Wolpe (D–MI) in 1991. “Scientists and engineers just might.”