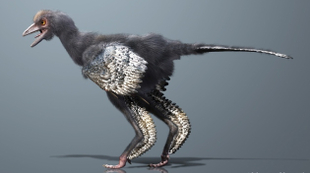 Reconstruction of Aurornis xuiMASATO HATTORIResearchers have found a fossil that they claim is the earliest known bird species, a discovery that has scientists rethinking the ever-changing evolutionary tree of early birds and non-avian feathered dinosaurs. The specimen, a chicken-sized creature named Aurornis Xui that lived roughly 150-million-years ago, was described in a study published this week (May 29) in Nature.

“If Aurornis is the most primitive bird, then it is a huge discovery,” paleontologist Stephen Brusatte the University of Edinburgh in the U.K., told the Not Exactly Rocket Science blog, written by Ed Yong, a regular contributor to The Scientist. But the analysis of the specimen and its place in the evolutionary tree is up for discussion, and Brusatte is “not convinced that this paper resolves the early history of birds.”

Dozens of species of feathered dinosaurs have been unearthed over the past decade or...

Now, with the discovery of Aurornis, a team led by Pascale Godefroit of the Royal Belgian Institute of Natural Sciences in Brussels, Belgium, has redrawn the evolutionary tree once again. The researchers compared 1,000 skeletal features of Aurornis with those of 101 other dinosaurs and birds, and concluded that the new specimen is a distinct species. Moreover, their analysis restored Archaeopteryx to its perch on the bird branch of the evolutionary tree, suggesting that flight need only have evolved once, and placed Aurornis just below Archaeopteryx as the earliest known bird.

But Brusatte told ScienceNOW that some of the specimens viewed as distinct species might be juvenile and adult versions of the same species, and added that the team’s new evolutionary tree is just one of several possible interpretations.