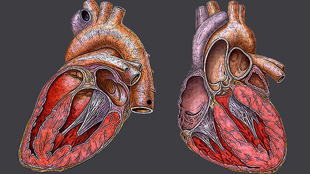 WIKIMEDIA, HEIKENWAELDER HUGOThe 65-year-old Framingham Heart Study, which has studied the causes and effects of cardiovascular disease, is faced with $4 million in budget cuts due to sequestration. The cuts mean 19 of the 90 study staff members will lose their jobs, the Huffington Post reported. In addition, the cuts could mean that the next round of testing, to be conducted over the next two to three years, could be threatened.

“You’re going to lose a major investment that we’ve been making over the last 65 years,” Karen Antman, dean of Boston University School of Medicine, which co-runs the Framingham Heart Study, told the Huffington Post. “This is an iconic trial that has more than proven its value from a public health point of view.”

In 1948, the Framingham study began with funding from the National Heart, Lung and Blood Institute (NHLBI), a division of the National...

Every two years, study participants submit to a battery of physical and psychological exams and donate blood and tissue samples, which, have more recently been used for genomic and proteomic analyses. However, without a new source of support, the next round of collection may be delayed.

“We have maintained outstanding participant retention over decades to a great extent by maintaining a strong relationship between Framingham participants and investigators,” Phillip Wolf, a neurologist at Boston University, said in a press release. “We fear that will be lost if no exam is done.”