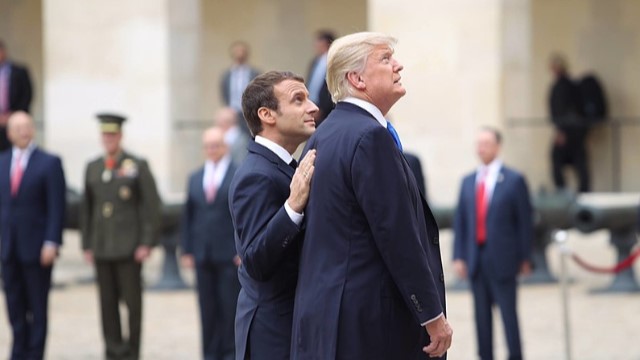 WIKIMEDIA, US EMBASSY FRANCEFrench President Emmanuel Macron announced the first 18 winners of the deliberately named “Make Our Planet Great Again” research grants yesterday (December 11). Each worth up to €1.5 million (around $1.7 million), the three- to five-year grants offer climate scientists frustrated with the funding opportunities in the U.S. and elsewhere the chance to relocate to institutions in France to continue their research.

Macron dropped the first hints of such an offer in a video statement on June 2—just hours after President Donald Trump had announced the U.S.’s withdrawal from the Paris climate agreement. The initiative was launched more formally a few days later with a website soliciting proposals. More than 1,800 researchers—two-thirds of whom were from the U.S.—made an initial application.

The opportunity “gave me such a psychological boost, to have that kind of support, to have the head of state saying I value what you...

Macron announced the winners, 13 of which are currently based in the U.S., from Paris on the eve of a larger climate science event. More than 50 world leaders are currently gathered in the city for the “One Planet Summit”—an international meeting on global climate challenges hosted by the United Nations and the World Bank taking place today and tomorrow. President Trump was not invited to attend.