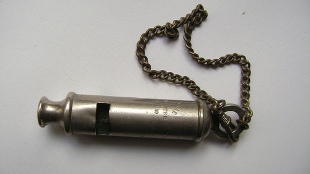 FLICKR, SHARON HALL SHIPPThe previously anonymous author of Science Fraud, a blog that highlights potentially falsified images in life sciences papers, has confirmed his identity as Paul Brookes, an associate professor at the University of Rochester Medical Center in New York. The reveal came last week, the day after Brookes removed posts and announced that he was suspending the site in response to threats of legal action.

Since the blog was launched 6 months ago, Brookes and his team have “documented over 500 problematic images in over 300 publications,” he wrote in a blog post since taken down, according to ScienceInsider. Brookes was aware of the potential legal consequences of accusing scientists of fraud, but said in a statement on the site that he ignored cease-and-desist letters because he was merely “highlighting what's already out there and allowing readers to draw their own conclusions.”

For his part, Brookes admitted that some of his strong language and the accusatory title of the blog might have been a mistake. But he also wrote that he hopes to continue ferreting out potential falsification via a new website under his real name.

Since Science Fraud was suspended, a Brazilian scientist Rui Curi of the University of Sao Paulo, whose publications contained Western blots discussed on the blog, has had a paper featuring one of these figures retracted, according to Retraction Watch.