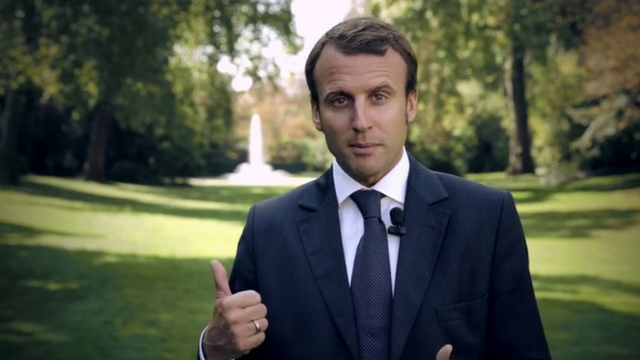 On his “Make Our Planet Great Again” website launched last week (June 8), French President Emmanuel Macron has a message for US citizens and scientists concerned about climate change: come to France and work on finding solutions. Researchers interested in heeding his invitation can apply for up to €1.5 million ($1.68 million) in grant funds, to be used for relevant projects and spread over four years. According to Science, Macron’s pledge irked some French researchers concerned about funding for France’s own research endeavors.

Prior to unveiling the website, Macron announced plans to double down on climate change and summoned US citizens to join the efforts in a video on June 1, after President Donald Trump announced that the U.S. was opting out of the Paris Climate Agreement—a decision Macron calls “a mistake both for the United States and for our...

“To all scientists, engineers, entrepreneurs, responsible citizens who were disappointed by the decision of the President of the United States, I want to say that they will find France a second homeland,” Macron says in the video. “I call on them: come and work here with us.”

The website follows up on Macron’s statements by providing applications, resources, and logistical information on relocating to France. But, some French scientists aren’t on board.

“Instead [of a commitment to stable domestic science funding], we get a fancy website which is more an empty shell than anything else,” astrophysicist Olivier Berné of the Research Institute in Astrophysics and Planetology in Toulouse tells Science. Berné adds that he’d prefer the money be given to French laboratories.

Despite disapproval by some of Macron’s latest move, the majority of French researchers backed Macron during the election this past May.