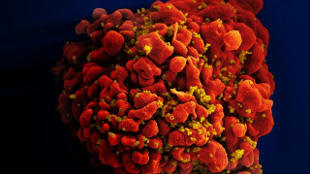 Scanning electron micrograph of an HIV-infected H9 T cellIMAGE, NIAIDDoctors in France cannot detect any HIV in a woman who was born with the virus but was started on a cocktail of antiretroviral drugs from the time she was a few months old until she was about six. The 18-year-old has lived for about 12 years without taking any medication for HIV infection and does not have any of the genetic factors that make some people resistant to the virus. The physicians who have verified her more than decade-long remission presented data confirming the discovery at the International AIDS Society conference in Vancouver, Canada, on Monday (July 20). Because other children born with HIV and started on antiretrovirals soon after birth have shown similar therapeutic success only to later show signs of HIV's return, researchers are viewing this new case— the longest documented remission from HIV—with cautious optimism. “This girl is in remission,” Asier Sáez-Cirión, a researcher at the Pasteur Institute who examined the woman in Paris, told The Washington Post. “She’s not cured.”

“There have been other reports of treating infants followed by stoppage of antiretroviral therapy that have not turned out as well,” Scott Sieg at Case Western Reserve University in Cleveland, Ohio, told New Scientist. “This case provides new hope.”

The woman’s mother had HIV; after her birth, doctors gave the baby a prophylactic drug to prevent infection. But she was diagnosed with HIV when she was a month old. Shortly thereafter, she started antiretroviral therapy and continued until she was six, when her family took her off the drugs and ceased contacting her doctors. After six months of no medical treatment, this year her doctors could not detect the virus in her body.

The case illustrates the growing consensus that aggressively treating patients with antiretroviral drugs as soon as possible after they become infected with HIV can yield promising results. But more research is necessary to pin down a cure for the disease. “We really need to move beyond these anecdotal cases in our quest for a cure . . . the child received medication early after birth,” Sharon Lewin, director of the Peter Doherty Institute for Infection and Immunity at the University of Melbourne in Australia, told The Guardian. “We don’t know whether she would have controlled the virus anyway without receiving the medication. About 1 percent of people can do that.” 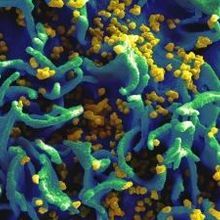