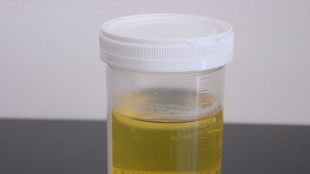 Wikimedia, TurbotorqueChinese scientists have found a way to transform cells from human urine into neural progenitor cells that can become several different types of functioning brain cell. Published this week (December 9) in Nature Methods, the research offers a quicker and relatively easy way to generate neurons and glial cells that will be useful for studying neurodegenerative conditions, like Alzheimer’s, and for testing related therapies.

Researchers can already coax cultured skin and blood cells to become induced pluripotent stem cells (iPSCs), and stem cell biologists at the Guangzhou Institutes of Biomedicine and Health in China have also reprogrammed kidney and epithelial cells excreted in urine into iPSCs. That technique uses genetically engineered viruses that integrate into the genome, where they activate genes that render the cells pluripotent, but can also cause mutations that disrupt the function of the iPSCs.

In the new study, the same group used a...

This new technique not only speeds up the process—iPSCs were generated in around half the usual time—but by taking out the requirement to integrate reprogramming genes into the chromosome, may also eliminate a source of genetic mutation that can render the cells useless. Furthermore, the results mean that scientists can now generate IPSCs using cells from urine samples, which are far more accessible than blood and tissue samples.