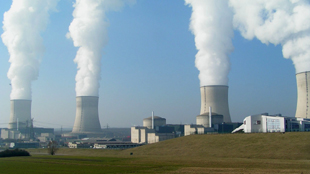 Even low levels of radiation are already affecting bird populations near the Fukushima Daiichi nuclear disaster, according to a new study in Environmental Pollution. Surveying birds in Fukushima Prefecture, an international team of scientists showed that higher levels of radiation correlated with smaller populations. The scientists attribute this to the fact that the power plant’s malfunction occurred in March, early in the breeding season.

“The data presented here constitute the first investigation of initial biological community responses to the radioactive fallout from the Fukushima disaster,” the authors wrote.

“The prolonged, relatively larger impacts on Chernobyl communities point to possible sustained, longer term impacts on organisms that may reflect cumulative, multigenerational consequences of mutation accumulation within populations,” the authors wrote. “The disaster at Chernobyl, and now Fukushima, provide unique opportunities to assess the risks and hazards of prolonged exposure to mutagenic contaminants that likely have relevance for other communities inhabiting the regions affected by these disasters.”