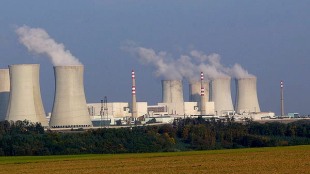 The radiation emitted during the Fukushima nuclear accident is unlikely to lead to increases in cancer, according to two separate studies conducted by the World Health Organization (WHO) and the United Nations Scientific Committee on the Effects of Atomic Radiation (UNSCEAR). Based on estimates of radiation doses received after the accident, even cases of cancer in the nuclear plant workers highest exposed will be difficult to attribute to radiation, according to the reports on radiation exposures in the first year after the accident.

Both the WHO and UNSCEAR assessed public exposure. “If there’s a health risk, it’s with the highly exposed workers,” Wolfgang Weiss, UNSCEAR’ chair, told Nature. More than 150 nuclear plant workers received high enough exposures to slightly raise their risk of cancer, but most civilians did not, according to the WHO’s evaluation.

Read more about how the Fukushima accident may be affecting wildlife, the changing reports of radioactive pollution, how scientists are using monkeys to track radiation, at http://classic.the-scientist.com/.