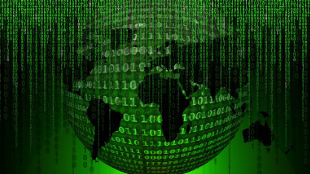 PIXABAYThe US National Institutes of Health (NIH) and the U.K.’s Wellcome Trust are backing a consortium of biologists seeking to build a life science preprint server to rival the arXiv server that physicists have been using for decades. Today (February 13), ASAPbio issued a call to establish what it’s calling a “Central Service” to house life-science manuscripts that have not yet been peer reviewed. The NIH, the Wellcome Trust, the Alfred P. Sloan Foundation, the Howard Hughes Medical Institute (HHMI), and several other major biomedical research funders around the world have announced their support for the project.

“The landscape could become fragmented very quickly,” Robert Kiley, head of digital services at the Wellcome Trust told Nature. “We want to find a way of ensuring that, although this content is distributed far and wide, there’s a central place that brings it all together.”

Kiley was likely referring to the...

But not everyone is convinced that such an effort is necessary. As Rutgers University molecular biologist Richard Ebright tweeted: “There is no need to reinvent wheel. BioRxiv exists...and *fully* and *completely* meets needs of field.”

Although the specifics of ASAPbio’s requested server are yet to be determined, the consortium aims to get life scientists thinking about publishing their work more like physicists, who tend to put manuscripts up on arXiv before submitting the works to peer-reviewed journals.