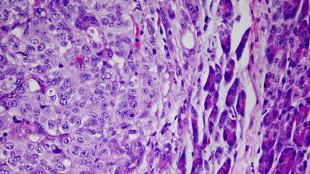 Wikimedia Commons, Kuebi The Cancer Prevention Research Institute of Texas (CPRIT) is facing questions after its entire 8-member scientific review council resigned, blaming serious concerns about the integrity of the funding agency’s peer-review procedure. And it seems many of the institute’s roster of 100 expert peer reviewers, based at universities across the country, are also worried enough to quit.

CPRIT was established in 2007 to allocate up to $3 billion dollars from bond sales over 10 years for cancer research and prevention across Texas. But problems surfaced earlier this year with regard to how funding decisions are made.

This past May, Alfred Gilman, the Nobel Prize-winning biochemist who served as chief scientific officer of CPRIT, announced that he would step down this fall because the board had approved an “incubator” grant of up to $18 million to the University of Texas (UT) MD Anderson Cancer Center in Houston after a...

Gilman stepped down last week (October 12), followed swiftly by another Nobel Prize winner, Phillip Sharp of the Massachusetts Institute of Technology (MIT) in Cambridge, who was chair of the review council. “Clearly there has been pressure at the board level to do things differently [to peer review],” Sharp told ScienceInsider.

All the other council members have now either resigned or signaled their intention to do so, and many of the 100 or so scientists who sit on panels overseen by the council are stepping down for similar reasons, according to council members consulted by Science.

CPRIT sought to downplay the departures and reaffirm their commitment to peer review. “We have identified several exceptional candidates to succeed Dr. Gilman as Chief Scientific Officer, and this individual's first order of business will be to recruit outstanding cancer experts to serve as peer reviewers under his or her leadership,” the agency said in a statement. “We have every confidence that CPRIT will have a full cadre of expert peer reviewers in place for the next scientific review cycle.”