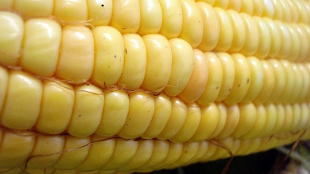 Wikimedia, AshlyakThe controversial French study that suggested rats fed a diet of genetically modified corn or low doses of the herbicide Roundup died earlier and developed more tumors is under more fire from the scientific community. All six of France's science academies have denounced the study, which tested a Monsanto variety of GM corn called NK603, adding to a dismissal by the European Food Safety Authority earlier this month.

"This work does not enable any reliable conclusion to be drawn," the French academies said in a rare joint statement. "Given the numerous gaps in methods and interpretation, the data presented in this article cannot challenge previous studies which have concluded that NK603 corn is harmless from the health point of view, as are, more generally, genetically modified plants that have been authorized for consumption by animals and humans."

France's High Council of Biotechnology (HCB) and the Agency for...

The European Union imports millions of tons of GM corn and other grains, including NK603 corn, from the United States, Argentina, and Brazil for use as livestock feed.