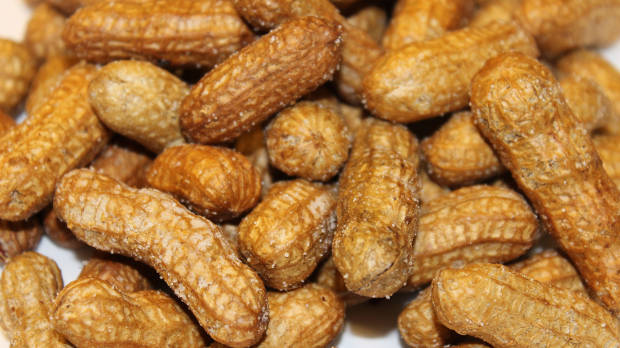 WIKIMEDIA, MR.ATOZAnalyzing data from 146 studies involving more than 200,000 children, researchers from Imperial College London have found additional evidence for the recent hypothesis that exposing young children to certain foods might reduce their risk of allergies to those foods. Specifically, the authors of this UK Food Standards Agency–commissioned meta-analysis found that babies fed eggs and peanuts had lower risk of egg and peanut allergies as children. On the other hand, the researchers did not find sufficient support for a similar conclusion regarding milk, fish (including shellfish), nuts, and wheat. The results, published today (September 20) in JAMA, support the growing realization that recommendations to delay babies’ exposure to some allergenic foods may be harmful.

“This study . . .  is more evidence shedding light on the fact that early introduction in the right children can prevent allergies,” Purvi Parikh, an allergist at New York University Langone Medical...

“The rigorous, comprehensive meta-analysis . . . is an important addition to the evidence regarding food allergy prevention,” Matthew Greenhawt of Children’s Hospital Colorado wrote in an accompanying editorial. “Their conclusions highlight that the 2008 guidelines to not delay introduction were correct.”

In February 2015, an international team of researchers found that infants at high risk of peanut allergies were less likely to develop the allergy if they were exposed to the food early on. Last year, a follow-up study supported this conclusion: even kids who did not eat peanuts for a year were far less likely to be allergic had they regularly consumed peanut-containing foods as babies.

For their meta-analysis, Robert Boyle of Imperial College and colleagues selected data from 146 studies, which they chose from 16,289 related papers. Of these studies, the researchers further selected five (involving 1,915 children) on egg consumption and allergies and two (involving 1,550 children) on the risk of peanut allergy in order to estimate the relative benefit of earlier exposure. They found that children who started eating egg between the ages of 4 and 6 months were 40 percent less likely to develop egg allergies compared with kids who tried egg later in life. Meanwhile, children who ate peanut between the ages of 4 and 11 months had a 70 percent reduced peanut allergy risk, compared with kids who didn’t eat peanuts until they were older, Boyle’s team found.

Based on these numbers, the team further calculated that, for every 1,000 people, 24 cases of egg allergy and 18 cases of peanut allergy could theoretically be prevented by introducing the foods earlier in life. However, the authors cautioned that more research is needed before making such health decisions. “The imprecise effect estimates, issues regarding indirectness, and inconclusive trial sequential analysis findings all need to be considered, together with a careful assessment of the safety and acceptability of early egg and peanut introduction in different populations,” they wrote in their paper.

“The [UK] Government is considering these important findings as part of its review of complementary feeding for infants to ensure its advice reflects the best available evidence,” the UK Food Standards Agency said in a press release. “Families should continue to follow the Government’s current long-standing advice to exclusively breastfeed for around the first six months of age because of the health benefits to mothers and babies.”