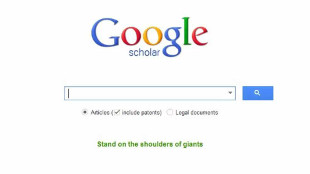 The authors used Google Scholar for their citation analyses, noting that its dataset “is not free of biases.”YOUTUBE, EMU LIBRARYA group at MIT has designed an approach to predict a scientist’s, organization’s, or country’s entrance into a new field. Surveying the literature and career paths of more than 200,000 scientists, the team devised a way to connect pairs of fields based on the probability a researcher had published in both.

“Data on career trajectories—the set of fields that individuals have previously published in—provide more accurate predictors of future research output . . . than citation-based science maps,” researchers at the MIT Media Lab wrote in a preprint posted to ArXiv last month (February 29). While the team reported increased accuracy using its approach to predict the trajectories of scientists and organizations, it found that citation-based maps were equally effective when assessing a country’s entrance into a new field....

Of course, most scientists and organizations aren’t able to simply change course based on predictions of future trends. “In the future, a methodology to evaluate the potential of success of an individual or organization in a field, together with the costs needed to advance research in that direction, would help provide a tool that policy makers could use to strategize the development of research efforts,” the authors wrote. “Our hope is that the methods advanced in this paper are a step in that direction.”