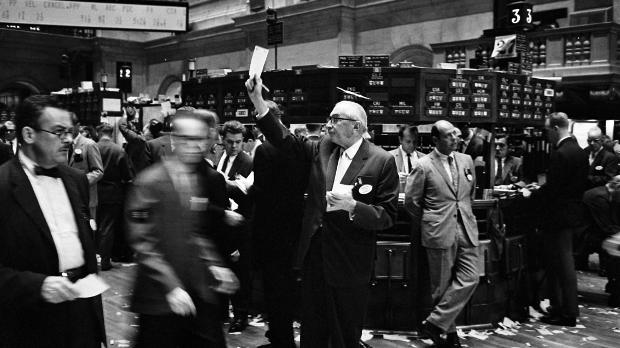 “The results show that a collection of knowledgeable peers do have a good sense of what will replicate and what won’t,” Caltech behavioral economist Colin Camerer, who was not involved with the study, told Nature. “This information is in the judgments of peers but has never been collected and quantified until now.”

Dreber and her colleagues instructed 92 psychologists participating in University of Virginia psychologist Brian Nosek’s Reproducibility Project—designed to test the replicability of 100 psychology studies published in 2008—to place bets on whether 41 of the studies would succeed. Each participant was given the equivalent of $100 and told to buy or sell stock in studies based on their perception of their reproducibility. Each participant could see the trading activity of all the others, as is the case in stock-market trading. A trader could double his money if a study was reproduced successfully, but would lose his stock and money if it wasn’t. “If you believe the result will be replicated, you buy the contract, which increases the price,” Dreber told FiveThirtyEight. “If you don’t believe in a study, then you can short-sell it.”

So could a similar system be used in addition to peer review to vet studies in psychology and other disciplines? Perhaps, said Nosek. “We may be able to use prediction markets to be more efficient in deciding what needs to be replicated, and making estimates of uncertainty about studies for which replication is not likely or possible,” he told The Atlantic.

Others aren’t so sure. “It would be unwise to use prediction markets to draw conclusions about the replicability of individual studies,” psychology researcher Simine Vazire of the University of California, Davis, told Nature. “But I think they could provide useful information about moderators of replicability—what types of studies do prediction markets anticipate to be more likely to replicate?”